Another hectic week. It amuses me that occasionally I get called ‘a lady who lunches’ because I don’t go out to work every day, whereas in reality, some days I am so busy I forget to have lunch. This week was one of those weeks.

It was my god daughter’s wedding on Friday 2nd, so I had to drive up to Tetbury in the morning. Just before I set off, #2 son rang me from Heathrow airport – he was going to a wedding in Santa Barbara. He told me that he had just put a CD of photographs in the mail to me – they were the photographs of his 4 month long trip to South East Asia earlier in the year and he needed them sorting and binding into an album to give as a ‘thank you’ gift. He needed them if possible by Friday 9th, bit of a tall order but I said I would do my best.

The wedding was lovely. The venue – a converted barn in the middle of the countryside was gorgeous and my god daughter looked divine. I had been asked to do a reading – that seemed to go well. All in all, a great day and a good chance to catch up with some old friends I hadn’t seen for a long time. 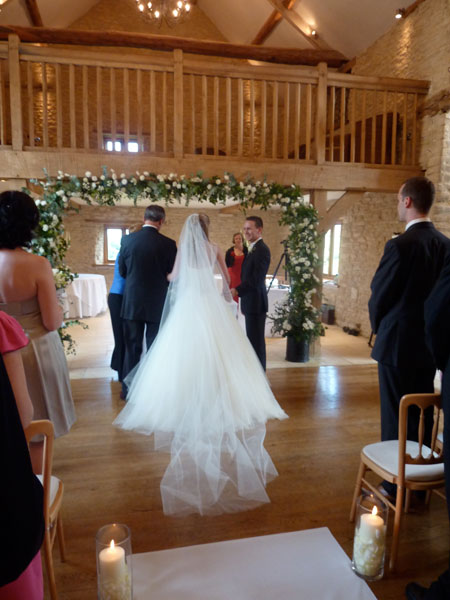 I came home the next day and found the CD of photographs waiting for me. There were 412 photographs (selected from thousands that my son and his three friends had taken on the trip) and I then spent the next 5 days sorting, tweaking, arranging, cutting, glueing, printing and binding (and screaming and swearing at) the album. I worked late into the night and got up early each day, determined to meet the deadline. I was using QuarkXpress to layout the images – and it kept crashing and freezing and at one point I lost 5 hours work when it crashed and I found it hadn’t been autosaving (hence the cussing and screaming) but I eventually finished – but missed the deadline to post it to London in time by two hours. So frustrating. To make matters worse, as I had now missed the deadline, annoyingly it meant that I actually now had 2 weeks before the next opportunty to give it to the people it was a gift for, so all my rushing had been for nothing. On the positive side, it turned out really well and I am very pleased with it.

It is covered with black leather which is embossed with a snakeskin effect. The paper inside the cover is a handmade paper that my son brought back from Laos and I made a box for it covered with black silk bookcloth. It’s larger than other albums I have made – A3 sized but it looks fab – even if I do say so myself. 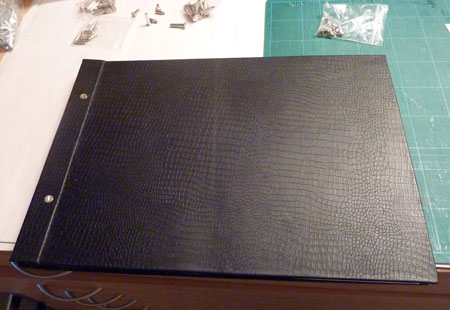 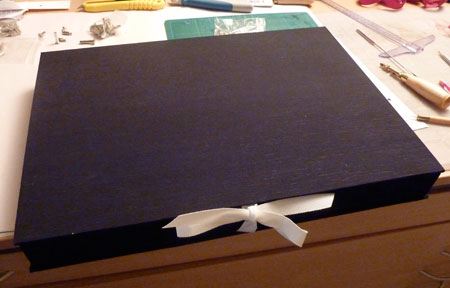 Yesterday, I put the finishing touches to another wedding album I have been working on – three times. The album was made and I was happy with that but I ended up covering the box with three different coloured book cloths. The first two times, I wasn’t happy with it so I tore the bookcloth off and started again. The third time I got it right. Can’t show you that one yet as I don’t want to spoil the surprise for the bride and groom who will not be seeing it until next week so that will have to wait for my next post.

Last night, I went to a diamond wedding anniversary party – the couple were celebrating 60 years of marriage. We had thought it might be a quiet affair after all, the couple were in their 80s but not a bit of it. We partied until 3am (and were not the last people to leave) I just hope I have that much stamina if I make it to 80 years old. You will excuse me if I am a little fragile today…

So I am having a day away from bookbinding, I am watching Doris Day in ‘Calamity Jane’ and putting my feet up. I have a cup of tea and a stem ginger shortbread biscuit and I’m working my way through the Sunday Times. It all begins again tomorrow….