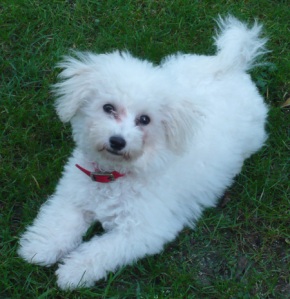 The other down side is that it has dramatically curtailed my blog visits – sorry! But after a day of coding html and css and wrestling with the vagaries of Internet Explorer (Please, World – buy a Mac!) I haven’t had time to visit or post here either.

I have come up against a very thorny, perennial problem working for friends – and friends of friends – how much to charge for my services. I’m obviously not a professional but I would like to think that I do a good professional job – basic with few ‘bells and whistles’ and that is what a lot of people seem to want. ( Check out Duck House) However, given the time it takes to code a website ‘properly’, if I charged a reasonable amount an hour, the costs would be huge, so I charge a fairly low fixed fee. Compared to a ‘professional’ web designer, I am cheap as chips. So my dilemma is, do I pretend to be a ‘professional’ or admit I am a beginner. I would like to make some money doing this. My #2 son who is a newly graduated graphic designer is going to send me a ‘rate card’ which he has taken to using, having suffered the problem of agreeing a fixed fee and then ending up with the job taking much longer than anticipated. It’s a minefield! 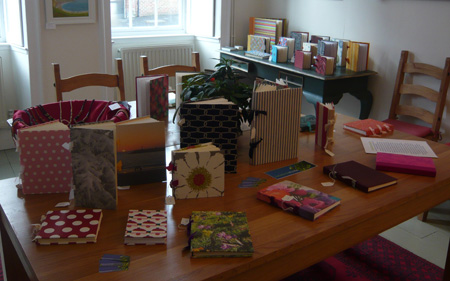 I am rubbish at negotiating. Or standing up for myself. I have been attempting to sell my books at an art sale in the town where I live. I don’t want to undervalue them yet I don’t want to over charge for them and I would like to sell some. I put them at a lowish price (bearing in mind I’m not in the West End of London) and haven’t sold one. Do I lower my prices even more and almost give them away? They are getting lots of positive comments so I think that it’s just not the right marketplace for them but it is disheartening. I’d be interested to hear your thoughts on all this. Sorry this has been such a serious post but it has been bothering me.

So to cheer things up, here is a clip from ‘Outnumbered’ which is quite my favourite thing on TV. The second series is fabulous. Last week Karen, the little girl held a funeral for a mouse caught in a trap in their kitchen. It was priceless.

Her teddy bear stood in for the Pope and she said ‘ Dust to dust. For richer for poorer. In sickness and in health. May the force be with you. Because you’re worth it. Amen and out’.

She also asked why Gordon Ramsey swore so much. ‘Shouldn’t it be people like doctors and soldiers and artists that swear? Not cooks. All they are doing is making salad.’ I love her.

And finally, that time of year which I prefer to ignore is looming fast. It’s a minefield and now the boys are grown up and I’m single, I dread it. I don’t want the boys to feel they have to come home but of course, I hope they do! The first time they both had other plans, I went to stay with friends in Vancouver. I had a great time but it was so weird not being with my boys. Last year they both came home and as I had just broken up with my partner and was not in the best of moods, my ex joined us – which was weird but OK. At least he was a welcome distraction! This year, one son has said he is home, the other is negotiating where to spend Christmas, with his girlfriend and I am waiting to hear his plans. Thankfully, a dear friend has invited us to spend Christmas day with them. #2 son is thrilled as she does cook THE BEST Christmas dinner. Yes, even better than mine….

I’m determined to be organized this year. I’ve already ordered my Christmas tree from Crocus, I am going to buy my cards soon so I don’t end up with the horrible leftovers and if I write and post them early, I won’t be stuck in the horrendous queue in the Post Office for hours on end on the last day of posting and maybe the cards I send overseas might actually arrive before Christmas this year.