I was watching TV yesterday evening. There was a news summary at 8pm with breaking news – earthquake in Los Angeles. Now you may not know this but #2 son is in LA at the moment, staying with his dad – cue moment of panic. Yes, I know that they said there were no casualties but HOW DO THEY KNOW?!!!! I spent a few anxious moments trying to get through on the phone and finally spoke to precious son, who was mightily cross that he hadn’t even noticed the earthquake….panic over.

I was watching another of my favourite films “Tea with Mussolini’ a fabulous film starring those wonderful ‘grande dames’ of cinema, Joan Plowright, Maggie Smith and Judi Dench and not to mention the fabulous Cher. It is set in Florence and one of my favouritest bits of Tuscany, gorgeous San Gimigniano.

Before I start off on (yet) another rhapsody about Italy, I’m going to do a bit of a left turn at the lights (so to speak) and tell you about another of my all time favourite films, which stars Cher – and Nicholas Cage (in probably the least irritating film role he has ever played) ‘Moonstruck’ which although set in New York is about a wonderful Italian family.

As we seem to have (yet another) nice Italian theme going, let me mention a few more films I love which show Italy off beautifully

I know there are lots more but these are my favourites. I found this gorgeous clip of the aria “O mio babbino caro’ by Puccini, (which was used as the theme tune for the movie “Room with a View’) accompanied by wonderful images of Pisa. How gorgeous is this…

and a little Italian flavoured joke for you geeky folk! 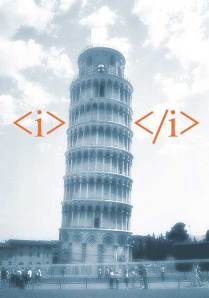 Of course, it has not escaped my notice that Italy is also one of the homes of a certain Mr George Clooney – he has a villa overlooking Lake Como. I told you, we are meant to be together. I can see myself living here… 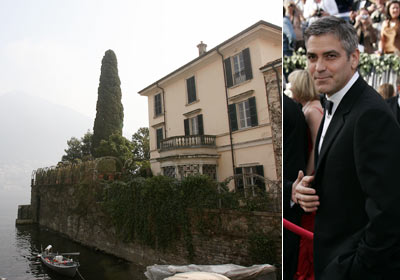 Well, I think I have just about done with my appreciation of Italy. Surprisingly, I’m not going there on holiday this year unfortunately. I can’t complain though as I am going to Los Angeles for a couple of weeks at the end of August (earthquakes permitting). Maybe I’ll bump into George….