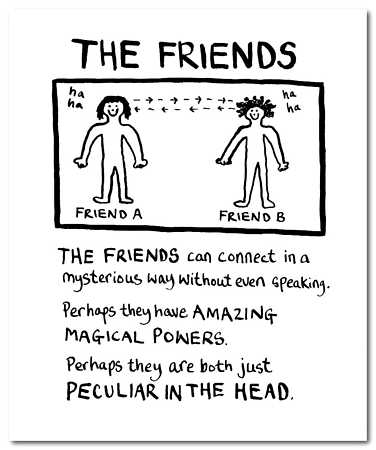 When I was a little girl aged 9, one of my best friends was a boy called Andrew. He lived just down the road from my family, his mum was my mum’s friend and his sisters played with mine. We were friends until his family emigrated to Australia when I was 14.

Years later, when I was married and living in Hemel Hempstead, I went into London for the day with my husband and some friends. We decided not to drive into the centre of London so we parked in St John’s Wood and caught the tube. We got on the first train that arrived but quickly realised we were going in the wrong direction so we jumped off that train, ran across the platform and jumped on one going the right way. As we sat chatting, a guy who was sitting next to us, said ‘Hello, Diane’ – it was Andrew with his wife, Helen. They had come back to the UK to see if they wanted to return permanently and were living in – you’ve guessed it – Hemel Hempstead! They had just made the decision to return to Australia, and it was another 20 years until we met again for the day in London while they were on a visit in 2002 and I met them again this week. Each time we meet, it’s like we had only seen each other a few days ago – except with lots of news to catch up on.

If we had not decided to go into London that day, not decided to park in St Johns Wood, not got on the wrong train, not sat in that particular carriage….we would probably have never met up again. On the way home on the train yesterday, I sent them a text to thank them for the visit and to wish them a safe journey home, just as I pressed ‘send’ a text arrived from them saying the same thing. Spooky!

I love hearing stories of coincidences like these – synchronicity, happenstance – whatever you call it. All a bit ‘Sliding Doors’. Now that was a depressing film…and a happy one at the same time…. There was one particular quote from this film which made me laugh

‘Gerry, I’m a woman! We don’t say what we WANT! But we reserve the right to get pissed off if we don’t get it. That’s what makes us so fascinating! And not a little bit scary.’

You have been warned!

I also must recommend a great book by Carol Shields which I read years ago called ‘Happenstance’. It was the story of a marriage told from first the wife’s perspective and then when you had finished the first half of the book, you turned it over and started reading from the front again – the husband’s story, or of course, you could have started the other way round. I have always thought it was a clever way to show that there are two sides to every story and giving both of them equal importance. 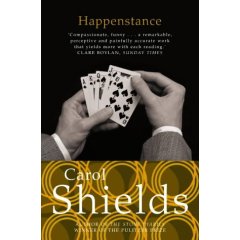 By the way, the illustration at the top of the page is by Edward Monkton, who makes a range of hilarious greeting cards, based on the ‘Interesting Thoughts of Edward Monkton’.