There will be books… 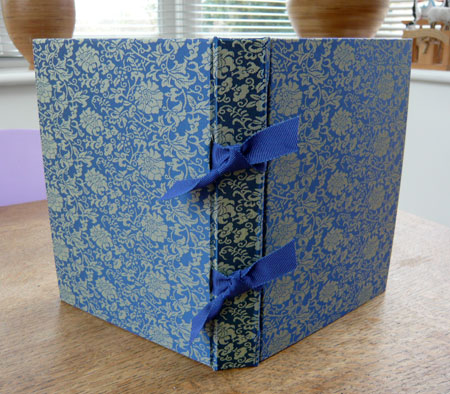 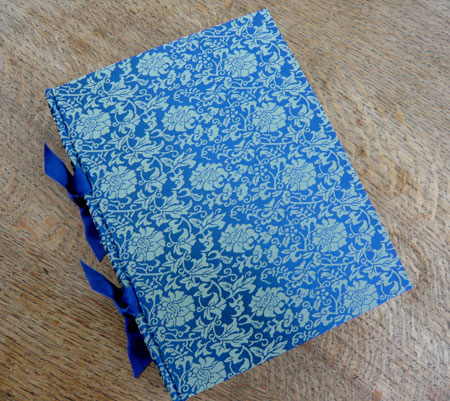 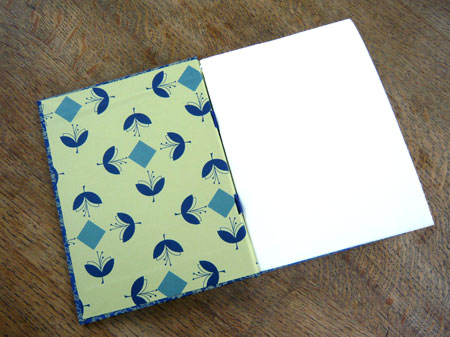 I rather like this book cloth. I bought it from – you guessed it – Falkiners, and it is a rather nice Japanese silk brocade. I have teamed it with a modern paper called ‘Country Dance’ by Debra Glanz of Reminiscence Papers, bought from Paper Mojo.
I love the contrast between the traditional outside and the contemporary inside. I think the books I like best are like this one – you get a pleasant surprise when you open the book – it doesn’t jar but it is unexpected. 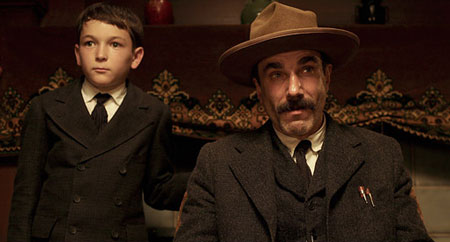 I went to see ‘There Will be Blood’ last night and if Daniel Day-Lewis doesn’t win the Oscar for best actor this weekend I will eat my hat. (A red angora beret, so he had better win!) His performance is quite extraordinary and very powerful. The film itself has a wonderfully atmospheric soundtrack by Jonny Greenwood of Radiohead fame, the cinematography is stunning and the supporting cast – especially Paul Dano, (who I last saw in the quirky ‘Little Miss Sunshine’) are fantastic too. Here’s the theatrical trailer to give you a glimpse of this wonderful film.

This is the best film I have seen in a long time, it’s almost the best thing since sliced bread….

15 responses to “There will be books…”